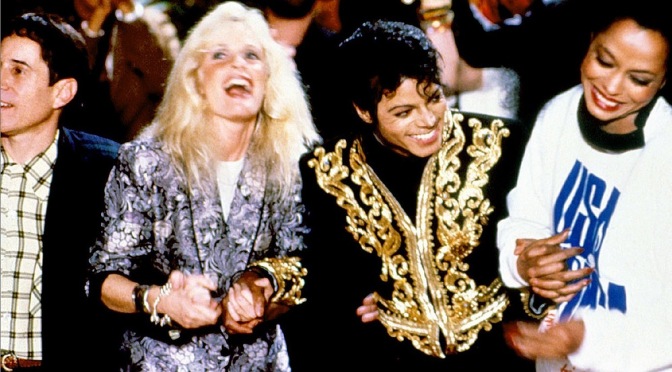 Inspiration and motivation can be hard to come by. Music and performance art can be inspiring and uplifting, but it can also motivate and push us to be better people, to think about the world we live in, and how we can make it a better place for those that will follow.

Below are six songs and performance pieces that provide inspiration and motivation for your daily life. Get a hold of them and have them close at hand, and they may just give you that extra get-up-and-go you need. Have a good listen and see what effect they have. So in the vein of our 6 Friday Things series, here are six great songs to inspire and motivate change within us all.

I was Here is a song written by Diane Warren and performed by Beyoncé. It was donated by the pair as part of the fundraising initiative for the United Nations’ World Humanitarian Day 2012. Apart from the fact that it reached a huge number of fans, the song and its background images speak about the importance of standing up and being counted. It’s about inspiring others to leave their mark, to experience the best and the worst that humanity can offer, and so that they can say “my life had meaning. I was here”. Is there anything Beyoncé can’t do?

Take Me to Church motivates in a completely different way. It uses the worst and most intolerant parts of society to force an understanding of injustice as it happens around the world. The video clip draws us into the violent homophobia that still spreads across the world – in particular the actions of Occupy Paedophilia, an anti-gay organisation with at least 37 chapters across Russia. The group tracks down and abducts gay men, torturing and humiliating them, before proudly posting the footage on the internet. The music is haunting, and leaves the impression that something is wrong and needs to be fixed. It isn’t pleasant, but it inspires us to be better, and to seek out and obliterate intolerance, racism, sexism and homophobia from our society.

3. Stand By Me – Playing For Change

Stand By Me is a well-known song, but you haven’t seen it like this. This rendition is put together by Playing For Change, an organisation founded on the belief that music has the power to break down boundaries and overcome distances between peoples. This song joins together musicians from every corner of the earth, bringing different cultures into musical harmony. Whilst the song itself is uplifting and has a great message, watching this version gradually build around inclusion of many different cultures shows that globally, our differences are the very virtues that can enable humanity to work together to fantastic results. They have many other songs – why not enjoy all of them!

4. Why I Think This World Should End – Prince Ea

Why I Think This World Should End is a half rap-half spoken word piece about the state of the world. Prince Ea is a youtuber with some strong opinions, but he makes a darn good video, and has a command of language that motivates and really hits home. He speaks honestly about religion, about climate change, about corruption and humanity’s growing detatchment from what really matters in the world. A really interesting video with a somewhat gloomy title, but you will find his words in the end somewhat surprising, and will leave you with a sense that we can still make a difference to this world, and each voice can enact change, whether it be in our community, in our government or in the corporate world. A courageous piece worth listening to – perhaps you will agree with his sentiments, perhaps you won’t, but it will make you think.

5.We Are The World – Michael Jackson ft EVERYONE

We Are The World, is an older song that has similar origins to Beyoncé’s I Was Here, in that it was created for global charity purposes. Written by the Michael Jackson and Lionel Ritchie, it was performed and released in 1985 by the mammoth supergroup USA for Africa. According to Wikipedia it was a “worldwide commercial success, it topped music charts throughout the world and became the fastest-selling American pop single in history”. USA For Africa raised $45 million from this single, and has raised in excess of $108 million to date; the money has been allocated to the USA for Africa Foundation which looks at providing long term humanitarian aid to Africa, and continues to do so today. The song is uplifting and makes you want to sing along with all the superstars of the 1980’s, including Lionel Richie, Stevie Wonder, Paul Simon, Kenny Rogers, James Ingram, Tina Turner, Billy Joel, Diana Ross, Dionne Warwick, Willie Nelson, Bruce Springsteen, Kenny Loggins, Steve Perry, Michael Jackson, Huey Lewis, Cyndi Lauper, Bob Dylan, Ray Charles, Bette Midler, Bob Geldof and Dan Akroyd. Watch the video and be amazed by the quality of the song and by the magic that this many crazy famous people in one room can make.

6. Instructions For A Bad Day – Various

This is a compilation of worldwide YouTube content; the crowd-sourced documentary “Life in a Day” by Kevin Macdonald, and local footage by Jon Goodgion. Audio is the spoken word poem “Instructions For a Bad Day” by Shane Koyczan. Put it together and you get an amazing and inspiring spoken word poem woven seamlessly with delicate and insistent music. It is calming and inspiring and tells us that we are not alone in our suffering, no matter how big or small. Talk to people, share a smile, breathe. It really is an instructional video for a bad day.

SustainingPeople hopes these songs and performances stir up some inspiration and some motivation. Society needs change and change-makers, and it is the little things we see and hear along our journeys that can push us ever so slightly more to make a difference. Let us know if you have any uplifting pieces to share – leave your stories in the comments below!