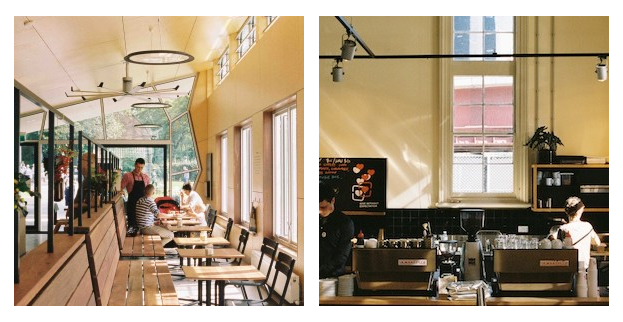 Take a walk through Melbourne’s Fitzroy Gardens and you’ll stumble upon a little cafe is spreading joy through food – and giving.

It’s called Kere Kere (pronounced kerry kerry) and it’s a unique social enterprise based on the Fijian custom of the same name. Kere Kere means to give without expectation – to willingly give something requested by a neighbour or relative, with no expectation of repayment. On top of great food and coffee, Kere Kere gives $500 each month across four Cause Categories. As customers make a purchase they nominate a category and the percentage split at the end of each month directs the donations accordingly.

This fantastic enterprise is the brainchild of founder and former social worker James Murphy. Murphy spent his childhood in Fiji, where the custom of Kere Kere became second nature to him. In 2007 he opened a simple coffee cart at Melbourne Uni, and by 2012 the cart had become a permanent establishment at the Boyd Community Hub in Southbank. In 2014 this site became Kere Kere South as Murphy opened Kere Kere Green, a tranquil oasis in Fitzroy Gardens.

Whilst the idea for Murphy’s donation program is similar to that of Grill’d’s Local Matters, Kere Kere’s point of difference is that your choices really reflect the way they give. It isn’t a tiered system of donation like Grill’d, it is based on data and numbers, meaning your decision makes an actual difference – rather than just adding to the tally of a first or second place.

Our experience at Kere Kere Green was fantastic. The rich flavours of the house special fused with the heady aromas of perfectly smooth coffees, making our Saturday morning stroll all the more relaxing. The service was fantastic and the added bonus of unconditional giving through our purchases added another layer to the experience. 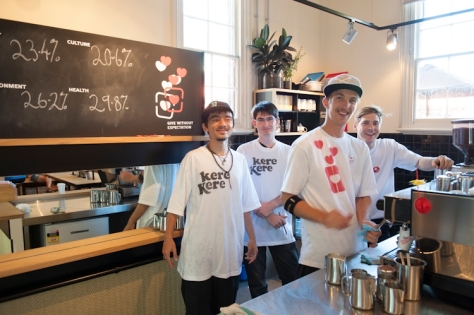 To find out about what’s happening for Kere Kere in Southbank and Fitzroy Gardens, check out their recent news. Under Murphy’s direction you see what a real social enterprise should be: involved in the community, leading by example, and giving back without expectation. We can’t wait to get back there this weekend…see you there!